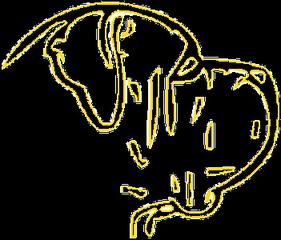 REQUIRED PAPERWORK: We require a copy of your females registration, her pedigree, any DNA certificates, any health certificates you have, and a photo, plus stud fee, before any stud services are reserved, rendered, and chilled or frozen semen shipped. We WILL NOT RESERVE a spot with one of our studs without ALL required documents, contracts, and payment. If someone else calls & reserves a spot at the same time your female is in, we will have no choice but to deny our services to you unless you have RESERVED our Stud properly.

MUTUAL AGREEMENTS BY BOTH PARTIES: Both parties agree that the “CROWNED AS SOVEREIGN BOERBOELS” or “SOVEREIGN WORKING DOGS” (SWD) name, hereinafter for the purpose of this contract, may be referred to as “COMPANY”, “CASB”, or “SWD”, will not be used in the sale of the puppies of their dam. The STUD DOG name can be used as the name of the sire only. The puppies produced by this dam are the property of the bitch owner and are not puppies belonging to CASB and will not be sold as “CROWNED AS SOVEREIGN BOERBOELS” or “SOVEREIGN WORKING DOGS” puppies with the exception of "Pick Puppy Back Agreements". Pick Puppy Agreements will be noted in the "Other Considerations" portion of the Stud Contract. Therefore in all advertising or selling of these pups Dam Owner will not use “CROWNED AS SOVEREIGN BOERBOELS” or “SOVEREIGN WORKING DOGS” as a selling key. Both parties agree that one live puppy constitutes a litter. Failure to raise the litter does not constitute a repeat breeding. Both parties agree that their own dogs involved in this breeding are in good health and that all shots and worming are up to date before day of breeding to be verified by Veterinarian if necessary. Bitch owner agrees to be forthcoming with ALL vet info & records in connection with the birth should they be requested by CASB. TO CONCIEVE, our service is to provide you with good quality, live, healthy, motile semen for your use. This is what you are paying for. There is much involved in this process which costs us money, time, and limits the use of our male for others.

CONCEPTION: After live, motile semen is delivered or inseminated, it is at the sole responsibility of the Bitch owner and or your veterinarian. There must be accurate timing, proper procedures, and ovulation with eggs in order for the semen to do it's job. We will provide a repeat breeding, minus shipping expenses, AS LONG AS the Bitch owner completed progesterone testing, can provide evidence, and show that artificial insemination was completed at the correct time –  report subject to inspection and approval of Stud owner’s veterinarian. This also applies to a third specimen on any breeding, as we provide only 2 for the advertised stud fee. Bitch owner is to notify Stud Dog Owner 10 days before whelping, if the bitch is not pregnant & is to be due a repeat breeding.  Failure to notify STUD DOG owner constitutes a null and void contract. A letter with a copy of a sonogram from a certified Veterinarian shall be provided to the STUD DOG owner for proof the bitch is not pregnant and for records in her file. If after 1st breeding said bitch does not become pregnant then progesterone testing will be required to detect optimum breeding time for said bitch. This test will be done by a Veterinarian or Stud Owner (fees apply) to detect exact ovulation time at the expense of the bitch owner. If after the 1st breeding the bitch did not conceive, the stud dog owner recommends that the bitch owner have an implant done on the bitch to conceive. Should the Bitch owner not surgically implant the semen for the 2nd breeding, no further specimens will be provided and the contract is null and void. Both parties agree that if the stud dog dies or is not on the premises for breeding or is being used by another bitch at the time of repeat breeding, the Stud Dog owner will have the right to breed another male of their choice, of equal or better value. Both parties agree that if the bitch changes ownership the stud service and the contract will be null and void. Both parties agree that any and all puppies produced as a result of this breeding cannot be sold or placed in puppy mills or purchased by brokers for the intent of resale of puppies.

PROGENY QUALITY: CASB in no way guarantees the quality or health of puppies produced from this breeding. Both parties agree that the genetics, structure, quality, all health issues or problems, etc. are the sole responsibility of the Bitch Owner & that CASB is in no way responsible for any of the foregoing in any way or manner whatsoever. CASB certifies that at the time of this contract, to the best of their knowledge, that any/all major health or genetic issues with the Stud Dog herein will be fully disclosed.

STUD SERVICE CHARGES TO BE PAID: The owner of the Stud and the Bitch owner agree to the Payment of the posted stud fee for stud used for a minimum of 2 natural breedings or 2 breedings for insemination. The amount must be paid to CASB by its accepted Payment Options as of the signing of the stud contract 7 days BEFORE the first insemination or shipment unless this is an emergency arrangement. In the case of shipment of Cooled/Chilled or Frozen Semen, all Shipping charges are to be paid by Bitch Owner to the respective parties.  If you use our studs, you are agreeing to pay the proper stud fee before the litter is registered.

PHOTO REQUIREMENTS: We require GOOD photos of any produced puppies for our studs Progeny Pages and to verify the litter. We reserve the right to use any & all photos in any way we choose. Litter approvals will be done after acceptable photos are received by CASB.

STUD FEE: The fee for the use of any CASB stud varies, with payment options being negotiable.  Half of the stud fee must be paid at the time of breeding as a deposit, with the balance due at the time of a resulting litter.  Litter registration papers will not be signed unless the stud fee and any associated veterinary or other agreed upon expenses are paid in full.