​Our kennel motto says it all – “We breed to perform and perform to breed. We do not breed just to breed.”

Like an architect’s blueprint is essential to an engineer or contractor, a pedigree should be just as important to a breeder, conditioner, or handler when planning a breeding, as he/she should be laying out the framework for the construction of a desired result.  Health is just as important, if not more. Just as a race-car with bad parts cannot perform at an optimal level, neither can a dog with bad health.  Like an mechanical engineer striving to shave seconds from lap times by making improvements, modifications, and studying history, we strive to build a better canine by doing much of the same.

Health is indispensable, temperament is essential, and maintaining the integrity of South African Boerboel breed standard is elemental.  But when all is said and done, performance and work ability are the most reliable measuring sticks, which should encompass the former.   The belief at C.A.S.B. is that a dog must be ready to perform its duty when called upon, so it must remain ready at all times – being prepared mentally, via training, as well as physically, via conditioning.

Through hard work and dedication C.A.S.B. will leave its mark upon the South African Boerboel breed, in forming a Sovereign bloodline.

Born in Suffolk, Ipswich, England, and raised in Montgomery County, Maryland, USA, Leon Steele is a family man – a devoted husband, father, and son – as well as a friend to many; he is also a hard working Engineer; and he is dedicated to the task of improving any and every breed of dog he works with.  Honest, driven, determined, reliable, and focused are just a few traits used to describe him.  His willingness to help anyone who wants to learn about training and conditioning dogs reveal his commitment to improve man’s relationship with one of G-d’s beasts of the field – the canine.

Be it via guard and protection work, hunting, therapy, sport and competition, or simply companionship for the elderly, Leon witnessed his family breed, raise, and train working dogs throughout his childhood, while maintaining the firm belief that a dog should always earn their keep.  The second lesson he learned is that with every breeding, the sire and dam should produce offspring that are better than themselves, to improve both the breed as well as their bloodline.

Serving as a small kennel owner in Frederick, Maryland, Leon retains these same beliefs as he builds upon the foundation that was set before him by his family.  With over 20 years experience training and conditioning working dogs, he maintains his focus on the prize - to continue to learn as much as possible, improve daily, and  as a result, he hopes to breed a better boerboel, which is bred to perform.

Leon also serves the boerboel community volunteering as the United States Team Member (USTM) for Boerboel International, a global boerboel registry, whose sole focus is putting the Boerboel first.  For more information on becoming a member,  as well as the many benefits that accompany membership, email leon@boerboelinternational.com.

All things will be produced in superior quantity and quality, and with greater ease when each man works at a single occupation, in accordance with his natural gifts, and at the right moment, without meddling with anything else.     - Plato 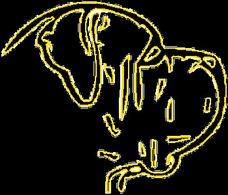